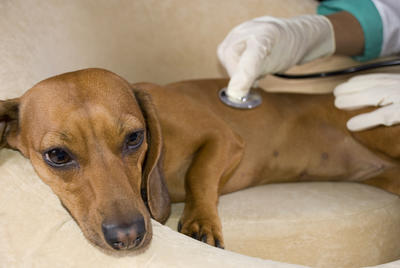 You may already be familiar with a seizure disorder known as epilepsy, in which the affected individual has recurrent seizures that are not explained by abnormal brain lesions or other related factors. In this condition, the brain seems to be normal (but clearly exhibits abnormality). The word “epilepsy” is derived from the Greek word epilepsia, which actually means seizure or falling sickness. According to The Centers for Disease Control and Prevention (CDC), approximately 1.2% of the United States population was known to be epileptic in 2015. Our four-legged family members are also affected by epilepsy, although the condition is more common in canines than felines. Read on to find out about the causes, symptoms, and treatments for epilepsy in pets!

We don’t currently know precisely what causes epilepsy, although current hypotheses pose that biochemical or neurochemical abnormalities could be at fault. Epilepsy is thought to be genetic in many dog breeds, although the exact mechanism of transmission is unknown. Breeds that have a higher incidence of epilepsy include those listed below:

Regardless of whether or not the precise diagnosis is epilepsy, seizures are characterized by signs and symptoms including, but not limited to: trembling or shaking, stumbling, falling, and possible loss of bladder control. After a seizure the affected individual, two or four-legged, will often experience sleepiness and even some degree of confusion. Seizures can last anywhere from a few seconds to a few minutes. Seizures occur in three distinct phases, each of which we’ll describe below:

If you’re concerned that your pet may have epilepsy, make an appointment immediately by calling us at (703) 378-9791. To make this diagnosis we would make a point of ruling out other possible causes of seizures, we would need as thorough a medical history as you could provide, and our vet would do a physical examination on the pet. In addition, diagnostic testing including blood and urine tests, radiographs, and possibly other tests such as cerebrospinal fluid (CSF) analysis, computed tomography (CT) or magnetic resonance imaging (MRI) could be performed.

Treatment for your pet once a diagnosis of epilepsy is established would likely involve anticonvulsant medications, especially if your pet has more than one seizure a month, or if your pet has groups or “clusters” of seizures, (one seizure following another within a very short period of time). When seizures cluster, the condition may progress to status epilepticus, a life-threatening condition characterized by a constant, unending seizure that could last for hours, causing permanent damage or death. To put it bluntly, status epilepticus is a medical emergency and your pet must be taken to the nearest veterinary emergency hospital immediately. Be aware that anticonvulsants will need to be taken for the rest of the pet’s life, and some of them, such a phenobarbital, could cause dependency. Irregular dosing schedules (including starting and then stopping the medication, or forgetting to give pills) could predispose your pet to more frequent or more violent seizures. For this reason, it’s important to be extremely vigilant about administering medication to your furbaby!

Perhaps this information has been overwhelming, but we’re happy to report that most dogs do well on anti-seizure medication and are able to resume a normal lifestyle. Luckily, this is also the case for a fair number of cats! Some pets may continue to experience periodic “break-through” seizures, and periodic adjustments in medication dosages may be necessary, but overall there is reason to hope. At NOVA Pets, we’re honored to care for your pet regardless of their present state of health, and invite you to join us if you haven’t already. Don’t forget to check out our Wellness Plans too, especially if your pet has a chronic condition like epilepsy!